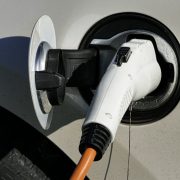 Our Technical Partner Dr Charlie Elliott attended the second Cenex / Level Vehicle to Grid (V2G) workshop held in Nottingham on 6th February. It was a follow on event from the one in 2018 and it was great to see presentations on the outcome from real world installations abroad and in the UK. As last year there was some healthy debate as to the real world commercial feasibility of V2G in the UK. In other countries certain markets for services have artifically high prices which makes V2G a much simpler proposition.

Courtesy of a £30M Innovate UK funded project there is a lot of activity in this area at the moment which is great to see but also a bit frustrating for a UK based power electronics design and manufacturing company not even contacted to be involved!! One project in particular promises to install up to 1k V2G systems for domestic use. Sadly the core power electronics of this and other systems within the IUK project are being bought in from abroad presumably as there was thought to be insufficient time/budget/knowledge to carry out the development in the UK. Driving down the price of the hardware for V2G is essential to make it commercially viable. SPS is exceptionally well-placed to carry out such work given its existing experience in bidirectional grid-tied inverters and DCDC converters built up over many years. It has also previously worked on DC rapid chargers for EVs. SPS is currently investigating sources of funding / partners for such activity. If you are interested then please do get in contact.