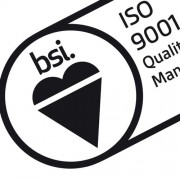 In anticipation of seeking certification to ISO9001:2008, two SPS staff have attended BSI’s internal auditor course which was held over two days in York. Both Alan Yarker (Production and Quality Manager) and Peter Moriarty (Principal R&D Engineer) found the course to be very helpful in providing a structured approach to auditing. It also allowed them to get some specific key questions answered by people who had clearly been auditing for many years. Having fully trained internal auditors was viewed as being the first key step to achieving certification which is targeted at Q1 16.